The icon of Toronto, in 1995, the CN Tower was declared one of the modern Seven Wonders of the World
by the American Society of Civil Engineers. (repeats the previous point).
The CN Tower is a communication and observation tower located in Toronto.
The original building was completed in 1976 and held the record for the world’s tallest free-standing
structure for 32 years until 2007. 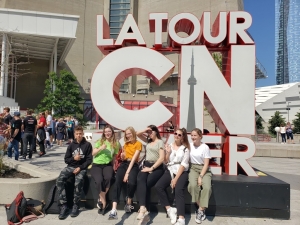