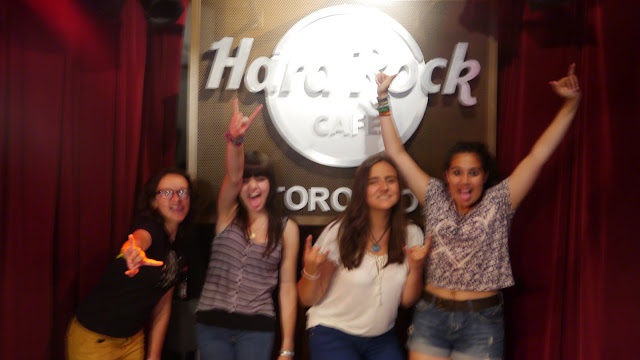 All good things must come to an end! After a fantastic summer, today marked the last day of our summer campus. We said goodbye to our last groups of students from Brazil, Spain and the Emirates. There were hugs and more than a few tears as students finished their last day of classes before heading to the Hard Rock Cafe for a fun-filled farewell party. Students had a great summer exploring Toronto, learning English and most importantly, making friends for life! Thanks to everyone for the great memories. 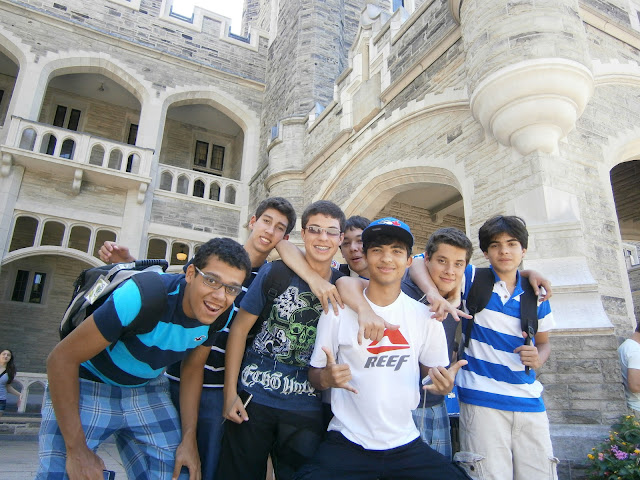 An activity as grand and as rich in history as this, we had no choice but to leave Casa Loma towards the end of the stay in Toronto. Designed by E.J. Lennox, Casa Loma was built for Sir Henry Pellatt for a small fee of $3.5 million dollars back in 1911 before losing it all during the poor turn of economy that struck during World War 1. The property was eventually turned over to the city of Toronto and remains one of the top tourist attractions to date. 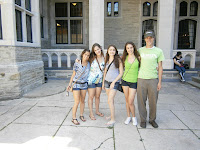 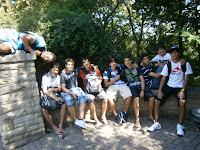 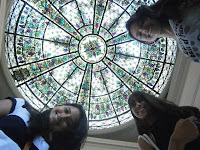 A classic summer event for Torontonians, the “jazz fest” offers ten days of jazz-related entertainment in the streets of Toronto. With over 350 performances and 1,500 musicians, more than 500,000 patrons are in attendance for this not-to-miss event. Students, you’d better get those jazz hands ready for this!! 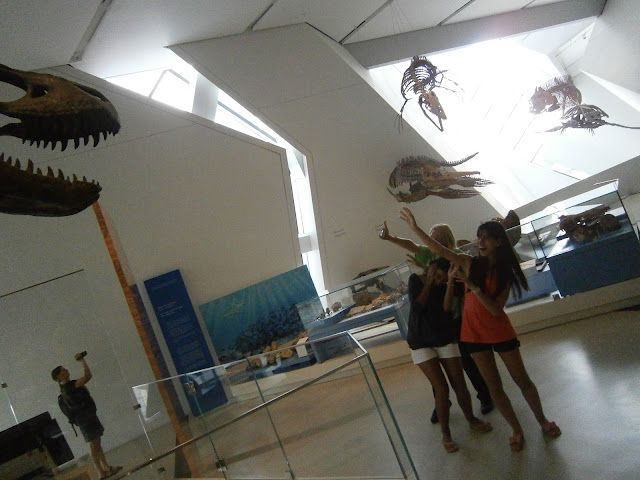 More than just a museum, The Royal Ontario Museum offers educational fun for people of all cultures and ages. Behind its beautiful new crystal exterior you can find not only an impressive collection of dinosaurs but also an extensive collection of worldly artifacts from natural history ranging thousands of years. The ROM strives to unite nature and humanity and as a result the students had a great time interacting with the exhibits. 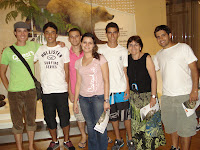 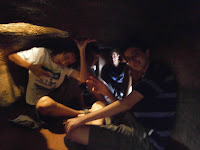 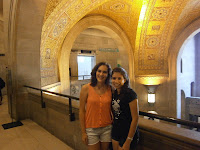 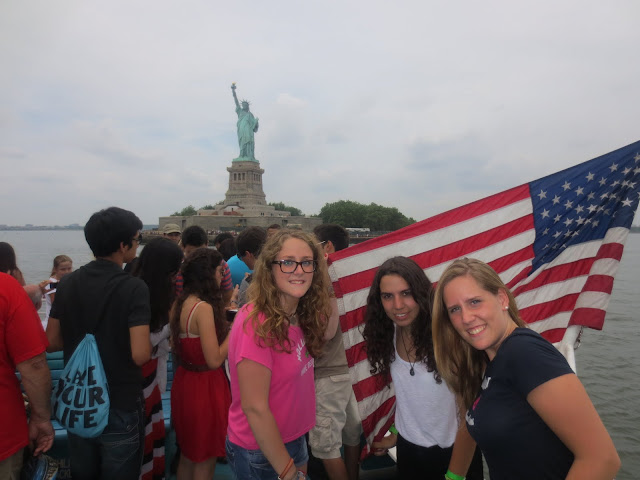 This past weekend students embarked on the twelve hour bus ride over the boarder to visit our neighbours in the Big city, New York New York. They saw everything from the Statue of Liberty to Times Square- including such attractions as Manhattan, Broadway, Chinatown, Soho, and Central Park (just like in the movies!)- with no shortage of time for shopping of course.

But alas, exhausted after the overwhelmingly jam-packed weekend of excitement, students were happy to return back to their home-away-from-home in Toronto, safe and sound back in the classroom. See more pictures of the trip in the gallery. 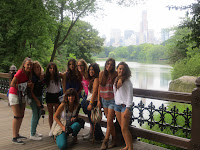 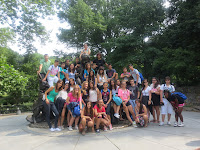 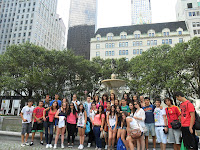 Did you know that Canada has 2 official languages? Last weekend, some of our students got to experience the French side of Canada on a trip to Ottawa, Montreal and Quebec city.

First, students visited Canada’s capital, Ottawa, where they could see the Parliament Buildings and have lunch in the famous Byward Market.

Quebec City is a treasure unlike any other in North America. Students were able to take a tour of the historic old city, which is surrounded by walls that historically protected the city from attack. Then they had some free time to take in the sights and culture on their own.

Finally , it was off to beautiful Montreal to explore the Old Port area, followed by some time to go shopping, an activity that Montreal is famous for! 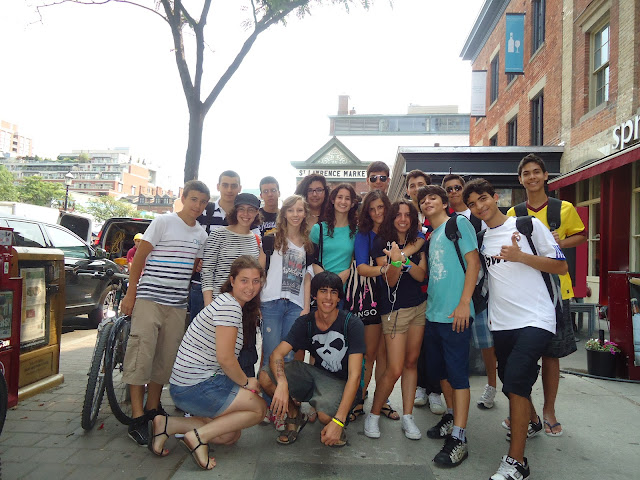 One of the advantages of coming to Canada to study English is being immersed in the culture of a new city. Toronto is a great city with a lot of places to experience. The St. Lawrence Market is one of these places. Established in 1803, the market is a Toronto landmark and community hub that boasts more than 120 vendors selling a wide variety of delicious food items, along with a community art gallery. In April 2012, the St. Lawrence Market was named the world’s best food marked by National Geographic magazine. It was the perfect place for Sharmila’s class to visit on a field trip.

Sharmila created a St. Lawrence Market scavenger hunt for her students that tied in with the grammar they were studying in class. Students worked in groups of 4 to find the things in the stores. They also had to work hard on asking the owners some questions, providing them with practice speaking English in a real-life situation. Not surprisingly, the students had a great morning and the scavenger hunt was a hit! All of the students in Sharmila’s class want to go back to the market. 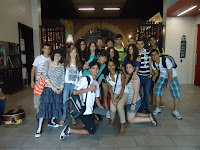 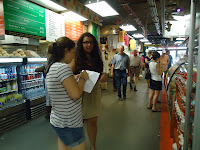 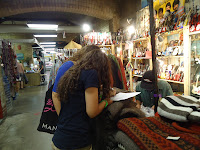 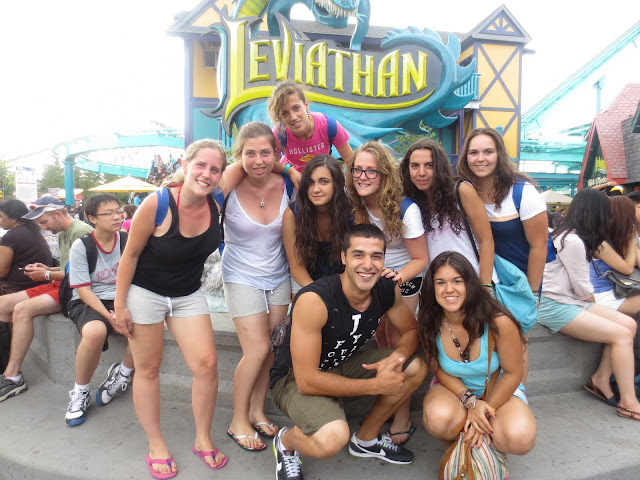 Another group of students spends the day at the much-anticipated amusement park Paramount Canada’s Wonderland. Just outside of Toronto, the CN Tower is seen from atop the 92 metre tall Drop Zone, a ride that drops you to the ground faster than you can say “AHHH-“. A long day of play, screams, treats, sun and line-ups, students confirm this activity as their absolute favourite for getting the adrenaline going. Check out the gallery for more pictures. 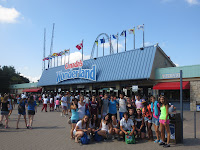 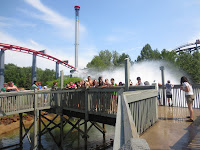 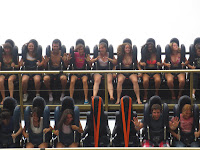 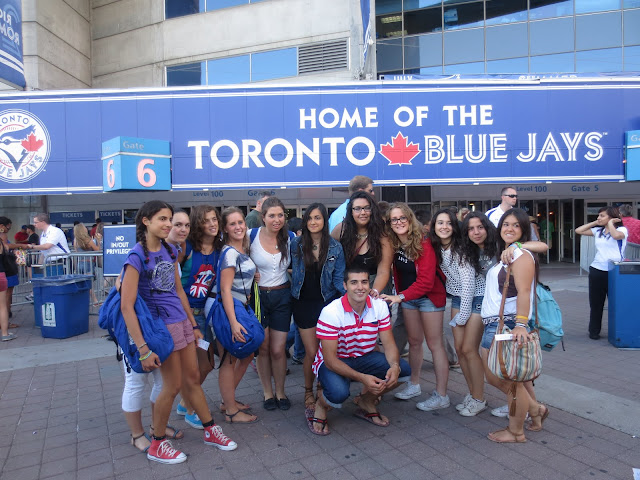 Everybody now! Being in Toronto in the summertime means you have to go to at least one Toronto Blue Jays baseball game. As we know, you can never win ’em all, but we like to support our team anyway. Students had great fun cheering the guys on in a match against the Boston Red Sox at the Rogers Centre. Despite the nasty loss, we still managed to leave the game with a few new fans with the gear to prove it. 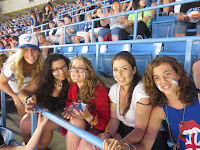 Feelin’ Peachy at the Beach-y 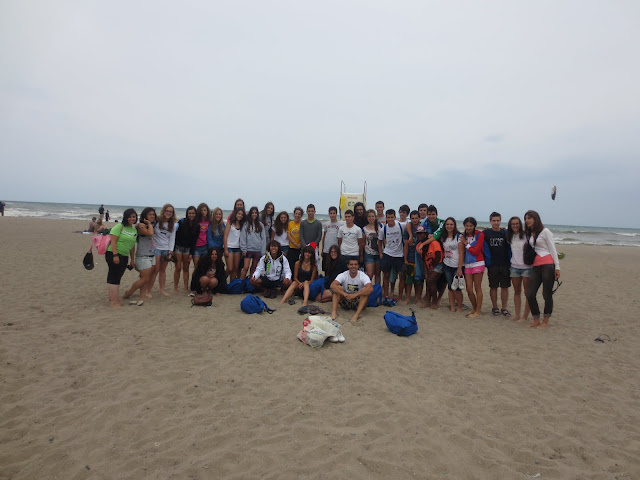 Perfect weather for spending an afternoon in the sand and water. Students hit up the beach and olympic-sized pool at Ashbridges Bay for an afternoon of fun under the sun! 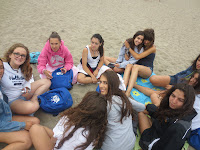 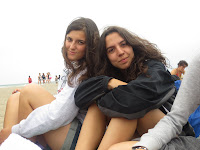 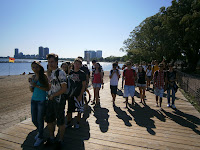