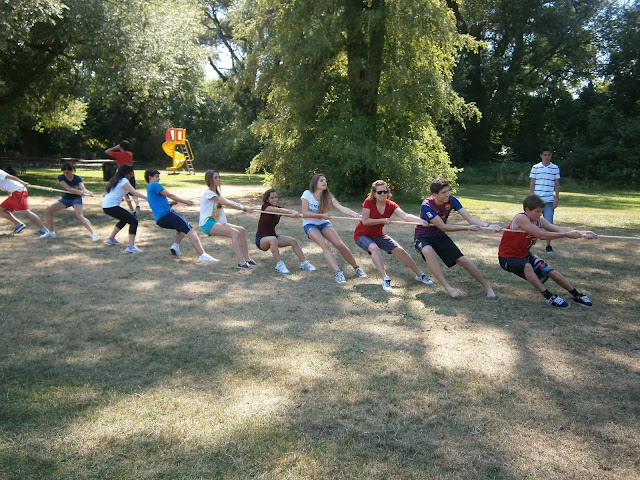 You may have heard of the big event going on in London this summer. On Friday, Quest got in on the fun with our own version of the Olympics. Classes got into the team spirit, and decorated themselves in team colours before traveling to beautiful Toronto Island. Once on the island, classes competed against each other in 8 different events, including relay races, tug of war, 3-legged race and a soccer shootout.
The day turned into a heated competition for class pride. In the end, only one class reigned supreme. Congratulations to Elfie’s class, gold medal winners of the 2012 Quest Olympic games! Along with the title of Quest champions, Elfie’s class were proud winners of a pizza party. Tied for second place were Matt’s class and Lotoya’s class. Coming in fourth place were Andrea’s and Adam’s classes.
By Camp Quest|2012-07-13T15:16:00+00:00July 13th, 2012|Summer 2012|0 Comments