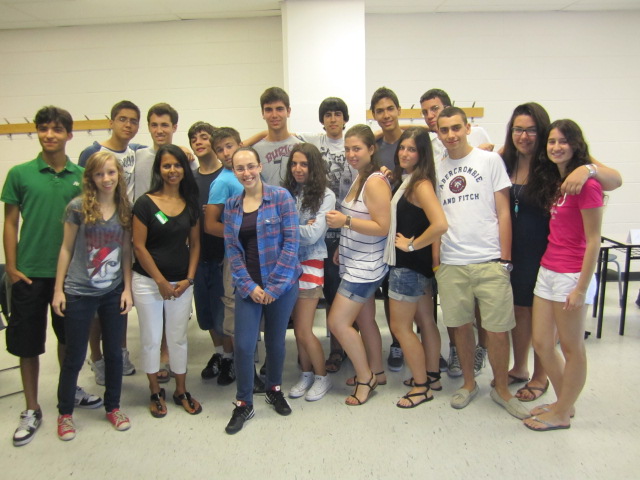 Welcome to Sharmila’s class, where grammar comes alive! We captured this class in the middle of a role-playing activity using non-count nouns. The criteria was for them to make a skit about a dream, they had to use at least 2 non-count nouns in their skit. It had to be 2 minutes long and they all had to have equal parts in the skit. The students had fun and actually used more than 2 non-count nouns (their dreams were hilarious and interesting!!!). After each group preformed, the students watching were to provide feedback on what they thought of their skit and they also had to say which non-count nouns were used. The were all motivated, had fun, and thought it was a great way to learn the grammar in English! 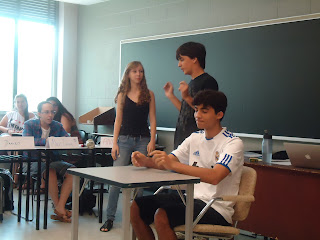 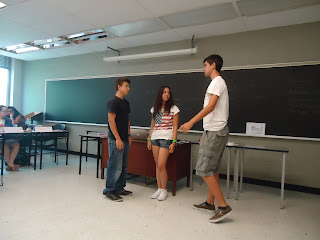